The remaining members of the Ryerson Rams men’s hockey teams from 1962 to 1965 regretfully announce the passing of one of our most outstanding players, Bill McKenzie #16 in December, 2019.

Bill came to Ryerson following a career in the Toronto Marlies Junior system and led the Rams in scoring all three seasons. He was a member of the 1962-63 Rams undefeated OIAA Championship team and captain of the 1964-65 team. In 1965 he won Ryerson’s Athlete Of The Year as well as the Greatest Contribution to Athletics awards. In 2003 he was first inducted into Ryerson’s Athletics Hall of Fame as an Athlete and was inducted a second time in 2012 as a member of the 1962-63 OIAA Championship Team. Bill also has a seat named after him in Ryerson’s Mattamy Athletic Centre (formerly Maple Leaf Gardens).

In addition to hockey, he was the quarterback of the Rams Football teams from 1962-64 and co-captain in 1964.

In his three seasons as a center with the Rams, Billy – as we called him – was not only a key player but a natural team leader. He scored 23 goals and had 27 assists but only recorded 6 minutes in penalties. He was a heads-up fluid skater who read the play, head manned the puck and played a two-way game. He carried himself with swagger and confidence which commanded the respect of his teammates. So much so, that 50 years later when the 62-63 team was inducted into Ryerson’s Athletics Hall Of Fame, the players asked Bill to speak at the ceremony on behalf of the team.

His favorite line mate was his former Marlies & St Mikes right winger Peter Noakes – who, after winning a Memorial Cup with St. Mikes – came to Ryerson to play alongside Billy for the Rams. Years after he left Ryerson, he used to regale the younger Rams at Alumni events with stories about their scoring prowess. “I would break up center with the puck and knew that Pete would be coming up the wing. I’d flip him a pass and head for the net. Pete could always get it on the net and I’d be there for the tip in or rebound. Sometimes we’d be down a couple of goals in the third – but we always pulled if off”.

Bill also had an abundance of Rams folklore stories he loved to tell – even into his 70’s – several of which should be recorded here for posterity.

Bill’s trademark – along with his brush cut – was his missing front tooth which, in the 1960’s before face masks became fashionable – was a badge of honor for hockey players. Bill explained that he’d lost it in a Sunday game playing for the Marlies and they asked him if he could wait until Monday to see a dentist. It was too expensive to call one in on Sunday.

He also liked to talk about his glory days as quarterback of the Rams football team. “I only had one weakness – I couldn’t throw the ball very far. When it was second and long – the coach would pull me and put in this other guy who could really throw. As soon as the other team saw him coming in – they would back up”.

Consummate teammate- and politician that he later became – at reunions and alumni events, he would seek out each player individually and ask how they were – what they were doing etc. If their spouses or grand kids were there – he would tell them what a good player their husband/grandfather had been – “fastest skater on the team”.Later, when we had a private word with him we would mention “Bill,I didn’t think I was quite that good nor was I the fastest skater” he would laugh and reply – I tell that to everyone “makes them feel good”. Coming from Billy – even 50 years later – it sure did.

Bill graduated from Business Administration in 1965 and went on to a successful business career becoming President and CEO of Tele Globe Canada. During this time, he continued to give back to hockey by coaching at the minor and junior levels. When he retired in the early 2000’s, he moved to Bainsville near Cornwall and operated the Border Par 3 Golf Course for over 20 years. Reflecting his lifelong leadership abilities, he was also elected to the South Glengarry town council in 2006 and served as Deputy Mayor from 2010-2014.

Bill is remembered by his surviving Rams teammates as a consummate teammate. He not only played to win but did so with a great deal of enthusiasm that energized us all when we needed it. He brought great credit to Ryerson as well as the Rams athletic programs. 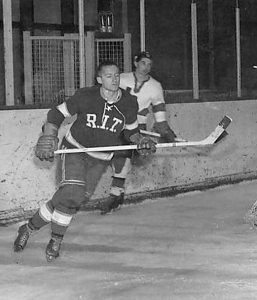 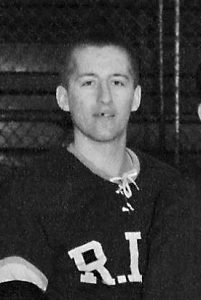 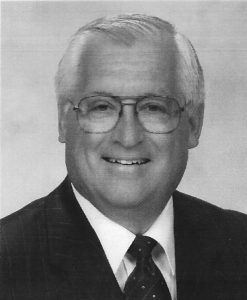 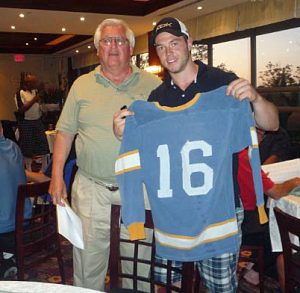