In his 62-63 freshman season, Don played on the Rams undefeated OIAA Championship team. He finished the season with 11 goals – tied for third in goals on a powerhouse team composed of many former Jr. A players. In the “Between the Lines” game reports in the Ryersonian newspaper, it was often noted that “Don Borisko played a good game”.

In the 63-64 season he played a partial season with the Rams while playing full time in the newly formed THL Senior League. He returned to the Rams for the full 64-65 Season – a rebuilding year – on a team which included only 4 veterans with previous OIAA experience.

As a player, Don was a solid two way forward who knew and played the fundamentals of the game – the kind of player all good teams need to win and young teams need to develop. He was strong on his skates, had a hard shot in the straight stick era, played a two way game and knew when to drop back and cover for a defenceman who decided to rush the net. In his three seasons, he accumulated only 5 minutes in penalties. Don also played on the Rams football team. In 2012, along with his 62-63 teammates, he was inducted into the Ryerson Athletics Hall of Fame. A seat in the Mattamy Athletic Centre (Maple Leaf Gardens) has also been named after him.

Don graduated from Business Administration in 1965 and after working for Steinbergs, he worked for Cadillac Fairview for 35 years. He was also an active member of the Ryerson Rams Hockey Alumni and over the years he played in many annual alumni golf tournaments and attended Alumni events proudly wearing his #17 retro RIT sweater. Along with 11 of his 60’s era teammates, he is a founding member of the Rams Alumni $20/year Club which helped raise substantial funds for the Rams teams.

He cared for his teammates as well as their families. When he learned that someone had developed an illness such as Parkinson’s, cancer or heart problems, Don would seek them out either personally at Alumni events or by phone and have a quiet and sincere chat. Don was a consummate Rams teammate – we were privileged to have the opportunity to play with and know him.

Our sincere condolences go out to his wife Mary, children Jeff, Sarah and Karen and his three grandchildren. 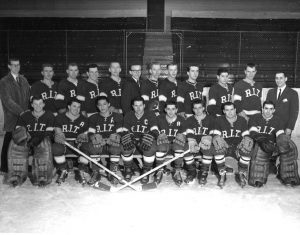 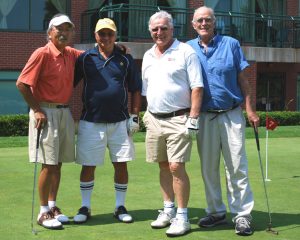 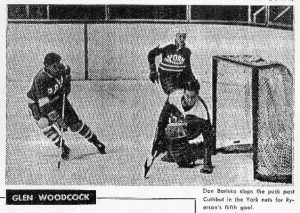 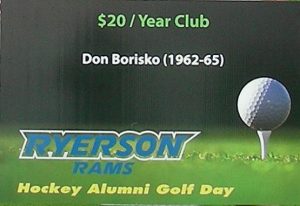 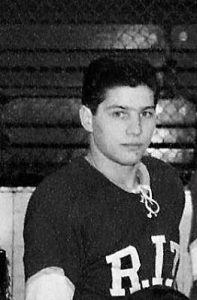