With the move to the Mattamy Athletic Centre (Mac), formerly Maple Leaf Gardens, Ryerson has made a substantial long term commitment to the Rams Hockey Team and provided a first class facility to enable the program to develop into one of the best CIS programs in Canada.

Like all strong university teams, a strong and active alumni is needed to help support the program. 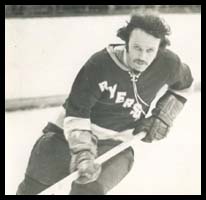 The RRHA holds an Annual Golf Tournament and dinner in the summer, as well as two Alumni Hockey Games, one for the more senior former Rams and one for the younger former Rams, at the Mac prior to a Rams game during the season.  This popular event includes ice time for a Family Fun Skate as well as a reception for the players and their families in the Alumni Lounge above the ice during the game.

To join the RRHA, former players are invited to complete the contact form on this website at: http://www.ryersonramshockey.com/contact/ .  We also encourage our current members to please pass this link along to anyone you might know who played for the Ryerson Rams Men’s Hockey Team and has not yet joined our organization and we encourage you to share this page on your social media.

A convenient list of missing players is below.  You can search and sort it by name or years played to see if you can help us locate them.

Thank you very much.

Want to join the discussion?
Feel free to contribute!